Actor Vivekh who suffered a massive heart attack on Friday, died early Saturday morning (4-35 a.m.), according to hospital sources. He was 59.

He was taken to SIMS hospital in Vadapalani on Friday morning, after he collapsed at home. He was revived and was hooked up to an ECMO on Friday.

Dr. Raju Sivaswamy, Vice President, Medical Services, SIMS, said, Vivekh had been put on ionotropic support, to help the heart beat.But from about 2 a.m. on Saturday, his health began to decline, and the blood pressure would not hold. ” Resuscitation itself, after he landed in the hospital, took about 45 minutes. There is a condition called reperfusion injury that might occur after this procedure, and causes damage to tissues, when the blood returns to the organ. He could not survive this injury,” he said.

Down the years, Vivekh has helped many a leading star to blockbuster glory and sustained success

Some of Vivekh’s best work came when he was paired alongside Vadivelu, during the middle of their careers. They collaborated magnificently in films like ‘Manathai Thirudi Vittai’ and ‘Middle Class Madhavan’. Despite facing a tug-of-war like situation with Vadivelu, Vivekh invented his own brand of dialogue-comedy, with a tinge of social responsibility, that was born out of instinct.

His most memorable appearance with Rajinikanth was in director Shankar’s ‘Sivaji: The Boss’. A constant sidekick throughout the film, Vivekh is hilarious trying to help the Superstar in his attempts to woo Shriya’s character, and later, in his vigilantism to fight the system. He even helped Rajini turn fair!

A leading star who Vivekh covets. The duo has shared screen space in numerous hits together, such as ‘Shahjahan’, ‘Badri’, ‘Kushi’ and ‘Thamizhan’. Accompanied by Vijay’s superb comic timing, Vivekh has dovetailed memorably with him to bring in the laughs

Another actor Vivek enjoys a prolific history with. ‘Vaalee’, ‘Poovellam Un Vasam’, ‘Kireedam’… the list is long. Add Gautham Menon’s touch, and Vivek was at his classy best (also in looks) as DCP “Revolver” Richard in ‘Yennai Arindhaal’

Among the younger crop of actors, it should not be an exaggeration to say that Vivekh’s best collaboration came from Dhanush — something even the former himself acknowledged once. The duo complemented each other so well that their comedy seemed natural — whether it is Vivekh’s Azhagusundaram from ‘Velai Illa Pattathari’ or Emotional Ekambaram from ‘Uthamaputhiran’

Three of Vivekh’s career-best roles came with Maddy: in ‘Minnale’, ‘Dumm Dumm Dumm’ and ‘Run’. The films saw Vivekh occupy a wealth of screen space – almost as much as the hero – and he responded with rousing effect. Be it Chockalingam in ‘Minnale’, Jim in ‘Dumm…’ or Mohan in ‘Run’, his comedic tracks and one-liners from all three outings have resonated with audiences for decades

Though they have teamed up in other films, the Suriya-Vivekh combo really hit its stride in the ‘Singam’ franchise of movies, thanks to the comedian’s epic characterisation of Head Constable Yettu Erimalai, who is a meme legend even today

Despite starring in less than 10 films with Vikram, Vivekh’s success rate with Chiyaan is envious. The ‘Saamy’ franchise, ‘Dhil’, ‘Dhool’, ‘Anniyan’ and more: it’s a never-ending highlight reel and hilarious characters that still evoke fond memories. Vivekh’s portrayal of Venkataraman Iyengar from ‘Saamy’ is a fantastic example of social satire in Tamil cinema, that has served as a template for other comedy actors since

In the latter part of his career, Vivekh switched to playing serious, character roles that worked to the films’ advantage. He received critical acclaim for his performance in the lead role of DCP Rudhran Ganesan in the neo-noir crime thriller ‘Vellai Pookal’

Also Read | Get ‘First Day First Show’, our weekly newsletter from the world of cinema, in your inbox. You can subscribe for free here

Prime Minister Narendra Modi: “The untimely demise of noted actor Vivek has left many saddened. His comic timing and intelligent dialogues entertained people. Both in his films and his life, his concern for the environment and society shone through. Condolences to his family, friends and admirers. Om Shanti..”

Union Home Minister Amit Shah: “Saddened to learn about the death of actor Vivek. His amazing acting talent made him an outstanding actor. He made the Indian cinema special with his talent. He will always be remembered for that. My condolences to his family and fans. Omshanti”

Vice-President Venkaiah Naidu: “Saddened to learn about the untimely demise of noted Tamil film actor Vivek. He endeared himself to the masses through his impeccable comic timing and energetic screen presence. My deepest condolences to his family, friends and fans. Om Shanti.”

Tamil Nadu Governor Banwarilal Purohit: “The sad demise of Padma Shri, Thiru. Vivek, an Indian film actor and social activist fills me with shock and profound grief. He was a nice gentleman, who spent his life time for the film industry and social activist. He was honoured with Padma Shri award, Kalaivanar Award and many awards for his contributions to Tamil Cinema. He earned respect, fame and immense love not just for his performances but for his professionalism and humility. His demise is irreparable loss to the people of Tamil Nadu and particularly to the film industry. I convey my deep condolences to the bereaved members of the family and pray to the Almighty God to rest his soul in peace and give strength to his family to overcome this unfathomable loss.”

Tamil Nadu CM Palaniswami said he was pained at the news and said the actor’s work in films not only made people laugh but also made them to think. His death was a huge loss to Tamil cinema, his fans and to social activists. “Mr. Vivekh is a social activist even in his personal life with high social ideals. He was a role model to the youth. He was a support to the government in environment protection, forestation and against plastic ban,” Mr. Palaniswami recalled.

AIADMK co-ordinator and deputy Chief Minister, O. Panneerselvam: I am saddened and shocked to know that my good friend, Vivekh, who was being treated for a heart attack, has passed away.  Vivekh, whose comedy was filled with social awareness, also cared about protecting environment and planting trees.  It is a great loss for Tamil society and the film industry.

Rajinikanth: Deeply saddened by the demise of my close friend, ‘Chinna Kalaivanar’ and activist Vivekh. Can’t forget my association with him during the shooting of “Shivaji”. “My deepest condolences to his family.  Let his atma attain peace!”, Mr. Rajinikanth tweeted.

Actor Kamal Haasan: Vivekh was someone who didn’t think that his duty as an actor ended with just acting in movies. He wanted to do something for the society and did it too. It is a great loss for Tamil society.

Khushbu Sundar: “Absolutely shocking. I am shattered. How can someone who was so active n fit just go? #Vivek was a very good human being. Gone too soon. Will miss him terribly. #RIP #Vivek”

Actor Madhavan: Heart broken and stunned that you would embark on your heavenly journey so suddenly and early.The world is deprived of a truly good man who genuinely cared for everyone and everything in it. I will so miss your laughter, wisdom and care. The heavens are lucky.

Actor Prabhu: “I have lost a friend and a brother. We have acted together in many films, particularly, Budget Padmanabhan and Middle Class Madhavan…He believed in propagating social messages through comedy.”

Actor Sathyaraj expressed his condolence through a video message.

Director T. Rajendhar during a condeolence message said actor Vivekh was someone who could made people laugh and think: “Though he hasn’t directly worked in my film, he has worked my son, Silambarasan and I have also interacted with him ever since he started working with late filmmaker K. Balachandar in movies. Everybody knows him as an actor, but he was also a musician. He used to speak about the music in my film appreciatively. After N.S. Krishnan, actor Vivekh was someone who could make people laugh and think,” he said.

A.R. Rahman: “Can’t believe you’ve left us ..May you rest in peace ..you’ve entertained us for decades ..your legacy will stay with us”.

DMDK leaders L.K. Sudhish and Premalatha Vijayakant arrive to pay their tributes to actor Vivekh at Saligramam, Chennai on April 17, 2021.

Actor Soori: Vivekh spoke about social awareness in his films. He was not just a comedian but a real hero. “Even the trees that he planted today would be crying along with those who he entertained.”

VCK founder Thol. Thirumavalavan: “I am saddened to hear that actor Vivekh has passed away. His death has unfortunately raised several questions. There is fear among the public that he has died after taking the Covid-19 vaccine. The State Government must clarify.”

Minister Jayakumar, after paying respects to the mortal remains of Vivekh, said “He was a multifaceted personality and his passing is a great loss for the Tamil world.”

CPI(M) State secretary K. Balakrishnan: “Fondly called as ‘Chinna Kalaivanar’, actor Vivek who has done over 200 films and made viewers think through his comedy by talking about important social issues. His demise is loss for the film fraternity and the Tamil society too. Recently, he was also part of the campaign to encourage people to go ahead and get vaccinated. We offer our deepest condolences.”

Fans and public waiting to pay their last respects to actor Vivekh near his residence in Saligramam, Chennai, on Saturday, April 17, 2021.
| Photo Credit: Velankanni Raj

Washington Sundar: “Shocked beyond words to hear the passing away of @Actor_Vivek. You were an epitome of energy who made us all laugh so much and made our childhood so memorable. Your greatness will live through your trees you planted. My prayers and strength to your family. #RIPVivekSir”

Surya Sivakumar:  “You will live in the hearts of everyone for all the important ideas you planted in our minds.”

Jayam Ravi: “I prayed for a miracle that you would come back safe but shocked beyond words now. Memories of working alongside you still remains fresh in my mind. Your greatness will live through your trees. #RIPVivekSir Prayers and strength to the family.”

Samantha Akkineni: “What a great loss   . Shocked and saddened .. #RIPVivekSir.”

Manithaneya Makka Katchi leader M.H. Jawahirulla: “Beyond being a great actor, he also was a socially conscious person talking about several important issues in films. We offer our deepest condolences.”

Vishal: “Devastated that Vivek Sir is no more with us….A True Green Warrior & an Inspiration to many of us….RIP”

Mammootty: “RIP Vivek ! The one person who made us laugh his entire career, your loss is truly breaking our hearts.”

Dulquer Salmaan: “RIP Vivek Sir ! something about watching you on screen always made one feel like we’ve known you forever. This is truly heartbreaking.”

Suhasini Manirathnam: “Shattered. Heart broken. How is this even possible vivek. Too young too smart too talented too intelligent to go so early.”

Naam Tamizhar Katchi coordinator Seeman: “Just as we all hoped actor Vivek will recover and get back soon, his death has left us in shock and grief.”

Cricketer Ashwin: “My heartfelt condolences to the family and fans of #ActorVivek !! I can’t believe you are no more #ripvivek”

Siddharth: “Bye Sir. Even in death you were too ahead of your time. We will all miss you terribly. There will be laughter and food for thought in the heavens tonight. #VIVEKH” 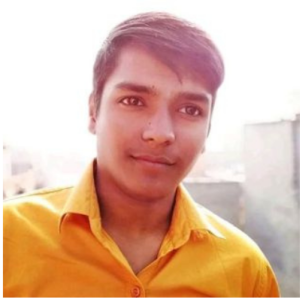 UTube is an online video platform owned by Google. In total, users watch more than one billion hours of YouTube videos each day, and hundreds of hours of video content are uploaded to YouTube servers every minute.